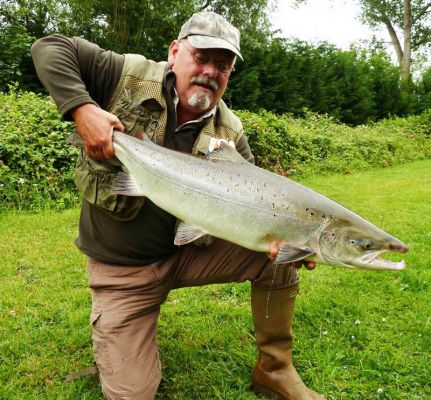 Fly fishing for salmon and sea trout on the river Test. In the last four weeks the fishery has accounted for nearly 20 double figure salmon and several in single digits. The largest this 43" fish, with a conservative estimate of 27.5 pounds, taken on a fly by Mr Steve Turner.

Salmon and sea trout in a Hampshire chalk stream. 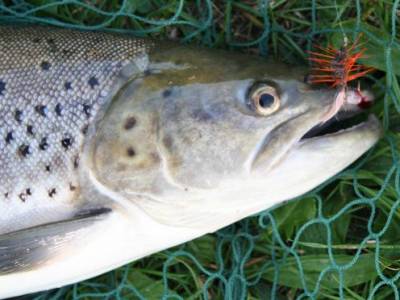 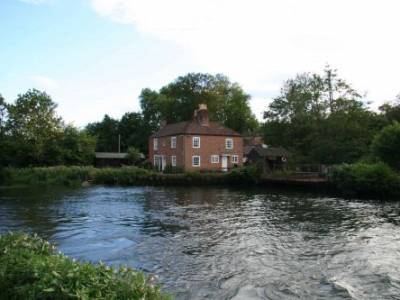 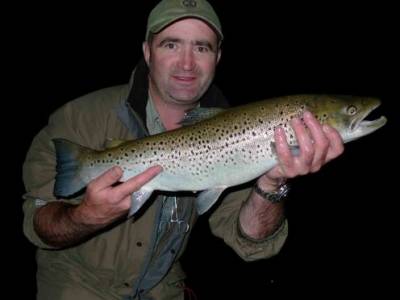 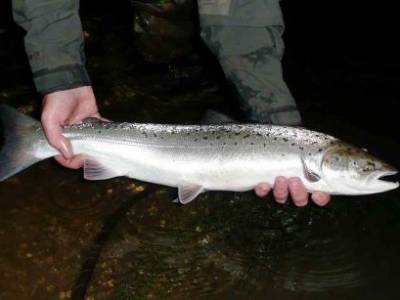 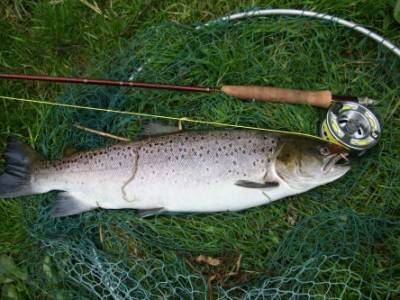