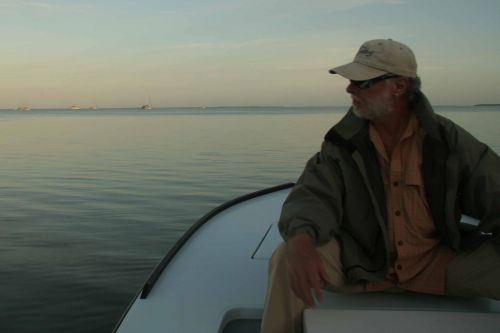 To Catch the Cure for cystic fibrosis, The Redbone Tournament.

I have fly fished for as long as I can remember – one could call me a fanatic. Many moons ago I worked as a river keeper in the beautiful Test valley. From there, I eventually started my company that specialises in letting guided chalkstream fly fishing. Seven or eight seasons ago I was introduced to a wonderful American couple who sought a local guide, whilst they were fly fishing here on the river Test and that was the beginning of a beautiful fly fishing friendship as they say!

For the past two winters, my friends have kindly invited my family and I, to their beautiful Florida Keys home in Islamorada to fish the Cheeca Lodge Redbone Tournament. My long suffering wife has heard the expression, It's the chance of a lifetime darling one too many times, so to have a ten day family holiday in the Keys with a few days fishing carefully woven into the agenda works very well for us (well me!).

Redbone was founded by Gary Ellis, a famous Keys guide who's beautiful daughter Nicole was diagnosed with cystic fibrosis. The family were told that with special care she would survive into her early teens. In 1988, Gary and his wife Susan set out to find a way to fight the disease their way. With the help of some friends they founded the Redbone Celebrity Tournament Series to help the Cystic Fibrosis Foundation fund the research to cure CF. Guides, anglers, and celebrities teamed up to fish for two species redfish and bonefish, the Redbone was born. From raising $16 000 in that first year, that small acorn has grown into a staggering 27 fishing tournaments spanning the whole of the US, Bahamas, Mexico and this year even Wales! Over the last nineteen years the Redbone has raised a staggering $10 million dollars for the Cystic Fibrosis Foundation due to Susan's and Gary's amazing efforts to Catch the Cure. Nicole is now studying hard at university.

This December, things did not go so well. In fact, I failed to get on the scoreboard completely. However, my fishing partner in the Redbone was the legendary Sandy Moret, owner of the Florida Keys Outfitters. He was a joy to fish with and a true master of the salt. He managed to boat a nice snook, but neither of us unfortunately took bone nor red. We watched several rays with redfish on their backs. I had one take the fly and in a moment of panic I made the fatal error of a trout fisher. I raised the rod on the strike and pulled the fly clean out of the redfish's mouth! I did account for some nice speckled trout and a super jack cravelle from the back of a large stingray, but none scored Redbone points. I thoroughly enjoyed the whole experience, fishing with and learning from Sandy was an absolute highlight thank you Sandy.

I would thoroughly recommend the Redbone experience to any UK fly fishers who feel they are fairly handy in the salt. If freshwater is your bag and you don't like the idea of flying to the US, this year sees for the first time, the Redbone coming to the UK. The ACA Red Dragon Redbone comes to Wales on the 13th and 14th June 2007. This is an excellent opportunity to do your bit for a very worthy charity and experience some first class fishing. Not forgetting the wonderful apr's fish atmosphere of the Redbone. The Anglers Conservation Association (ACA) is inviting competitors to come and fish the river Wye in Wales. Competing Anglers lodging will be in the historic and beautiful Llangoed Hall and 25% of the money raised will support the ACA fighting pollution and other threats to UK aquatic environments. The remainder will support the Redbone charity as usual. 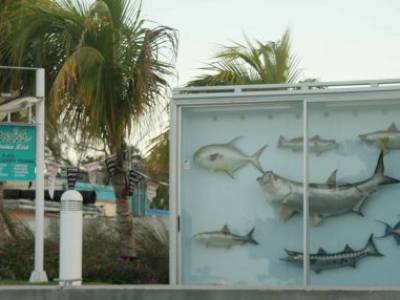 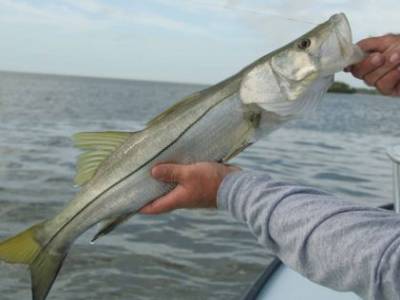 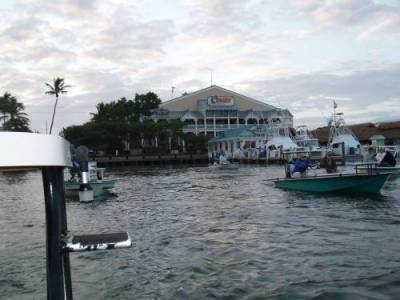 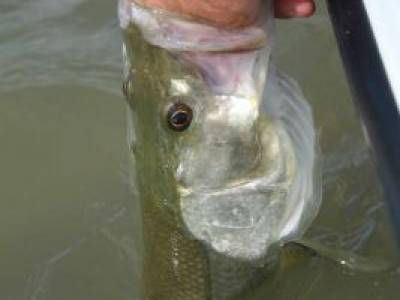 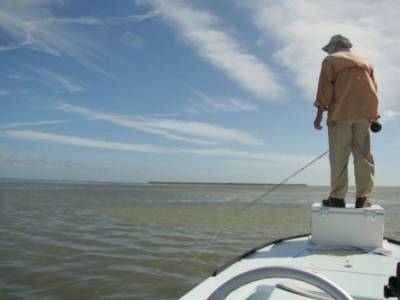 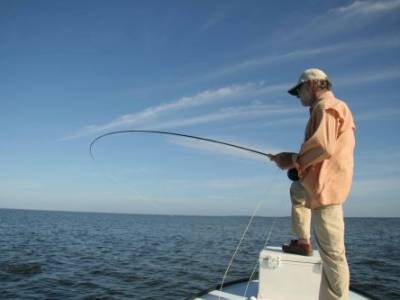